Impact of the RWC and Sporting Events on Job Creation

With all the hype and team spirit around the Rugby World Cup 2015, the team here at Job Mail wanted to take a closer look at the economic impact of major sporting events and how it influences job creation – from tourism jobs to employment in construction. 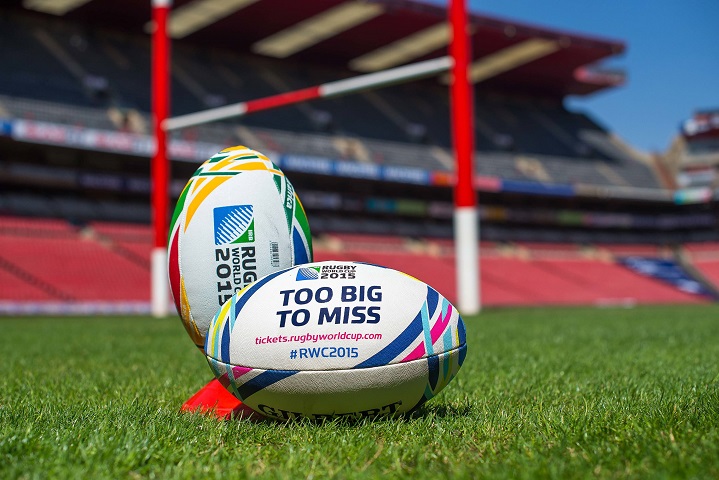 Today we take a look at job creation in the 2015 RWC as well as how the 2010 FIFA World Cup affected jobs in South Africa.

Ernst & Young recently released a report covering the potential impact the RWC could have on its host country, England. Stating that this Rugby World Cup will draw more visitors than any previous tournament with England expecting an estimated 466 000 visitors expected throughout the World Cup period.

With first World Cup taking place back in 1987, rugby itself has today become an international sport.

The report goes on to state that the tournament itself supports 41 000 jobs. One can only imagine what impact the influx of people will have on available tourism jobs for example. Bidding cities are also known for developing plans (as part of their submission to become a host city) aimed towards driving the participation in the sport.

For England sport jobs have also been a result. The Ernst & Young report states that £1 million and investment in newly qualified referees and coaches have been made. The report goes on to state that over 35 000 people took part in rugby related courses. The ‘Keep Your Boots On’ campaign – endeavouring to recruit coaches as well as match officials from players that retire – was also launched. 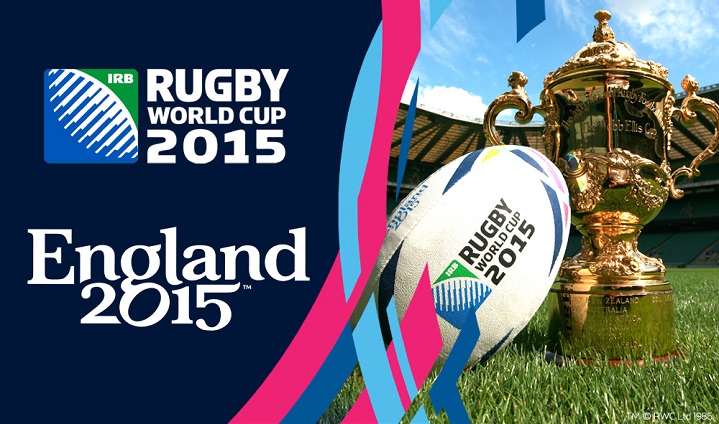 With a total of 11 host cities and 13 venues in the Rugby World Cup 2015, the economic benefits are spread across a wide geographical area. This attracts around 6 000 volunteers involved in various activities relating to tourism jobs – from guiding supporters to local attractions and sport venues, to helping deliver the game.

The reports from Ernst & Young goes on to state that this RWC can attract a record number of visitors to England. This leads to additional spending in the local economy which, in turn, supports additional jobs. These additional job creation generates tax for the Treasury.

A number of factors will influence the total number of visitors expected to travel into the country. These factors include the performance of each team (playing a role on whether supporters will make the journey). Because the UK is so close to other European countries, supporters are also able to be more flexible with their travel plans.

Because investment is made in both upgrading the infrastructure as well as the stadiums, one can also expect jobs to be created for delivering these upgrades. 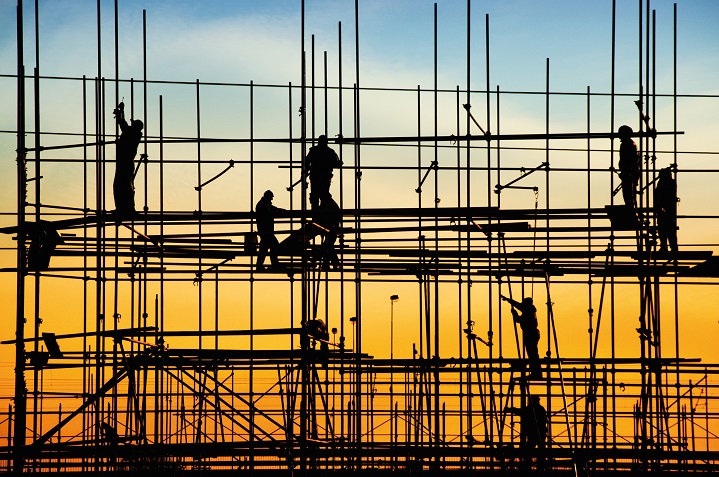 The demand placed on the hospitality and tourism industries will also result in a demand for more staff as well as more paid hours from staff members.

The volunteer programme – which includes 6 000 people – will help aid volunteers in gaining valuable experience and skills, which in turn will help them in future employment endeavours.

The Rugby World Cup will also put an increased demand throughout the Supply Chain, in turn helping to stimulate employment in the supporting industries.

According to the report, the following numbers are relevant when it comes to employment and job creation during the RWC 2015: 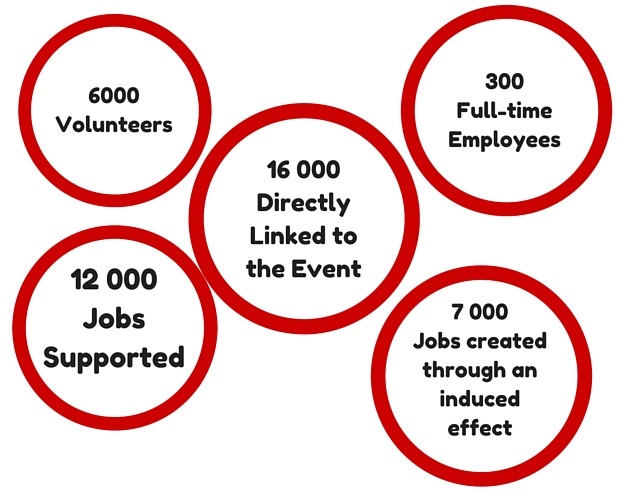 Major sporting events create a legacy and lasting benefits for the host nation.

The report from Ernst & Young notes these legacy effects as an increased participation in rugby, an improved infrastructure the entire population can benefit from, and a ‘Business Legacy’ profiling the cities that play host to games for an inward investment.

In terms of tourism jobs, big sporting events like this one creates a lasting effect on the industry. 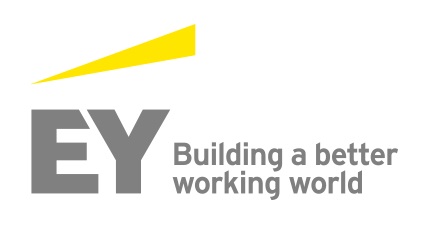 The Ernst & Young report also states the RWC will both create and support jobs across a number of industries – from construction for the improvement of infrastructure, to tourism staff. This job creation will be in the form of part-time employment, contracting and additional hours from employees.

In terms of infrastructure upgrade, job creations will take place in the form of part-time and full-time employment, as well as on a contract basis.

Taking a look at the 2010 FIFA World Cup Country Report released by the Department of Sport and Recreation South Africa, a total number of 450 000 international visitors were expected, providing the tourism industry with a huge boost. 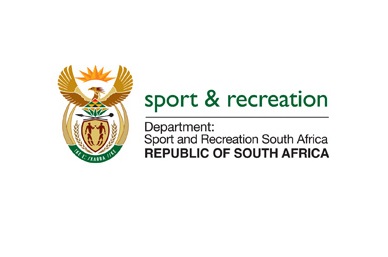 This influx of tourist also gave South Africa the opportunity to ‘market’ itself as a stunning tourist destination. Apart from this, the 2010 FIFA World Cup was seen as catalyst for development in South Africa. These developments ranged to include Social Impacts, Economic Outcomes, Ecological Impacts an upgrade in Infrastructure as well as spurring our Green Initiatives.

Job creation as well as skill development is said to be the cornerstone legacy of the FIFA World Cup in South Africa. According to the report released by the Department of Sport and Recreation, the following numbers in terms of jobs are relevant:

Construction of Stadiums
66 000 construction jobs were created with the 10 stadiums. 20 000 people involved in the construction of stadiums receiving extensive skill training. Though many can argue that these construction jobs are not ‘lasting’, workers receive invaluable experience as well as an opportunity to refine a skill – an advantage to them when it comes to future employment. 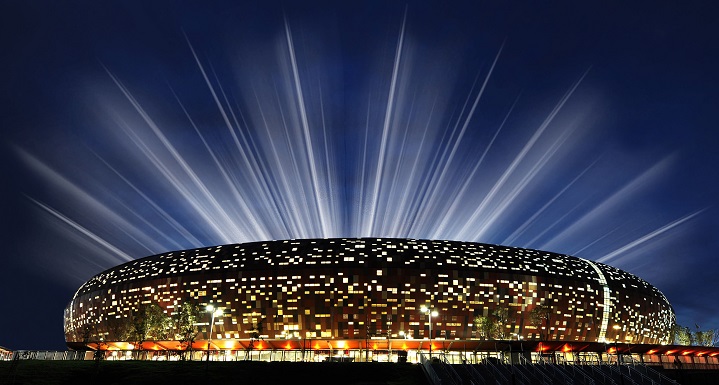 Volunteers
15 000 volunteers, of which most were South Africa, gained tons of experience working the FIFA World Cup Events. This is seen as an investment in skills, again helping these volunteers in future employment endeavours.

Administration of Justice project
The court infrastructure that was established for included a total of 56 dedicated court rooms (spread across the nine host cities in South Africa and adding up to 37 District and 19 Regional Courts). In terms of job creation, staff members were increased for this project: 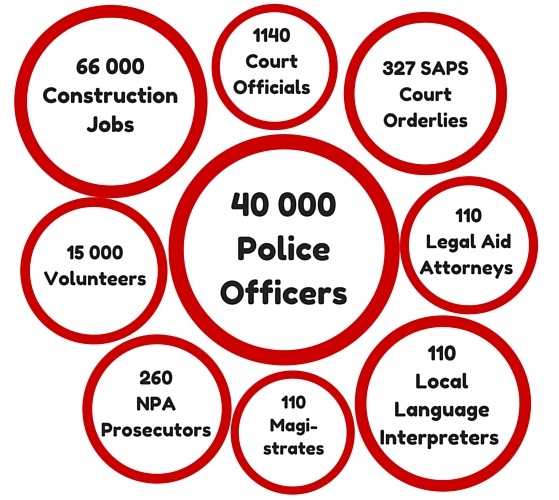 Tourism Industry
While 308 554 visitors entered South Africa during the FIFA World Cup with the primary focus of attending this major sporting event. According to South Africa Tourism, 1 401 725 tourists arrived in South Africa during June and July of 2010. As you can imagine, this created more than just tourism jobs. Spending an average of R 11 800 (per visitor), 31% of this was spent on shopping.

The report released by the Department of Sport and Recreation also states that around 25 new hotels were constructed in South Africa, resulting in world-class accommodation. One can only assume that these tourist destinations are a great source for employment opportunities within the industry. 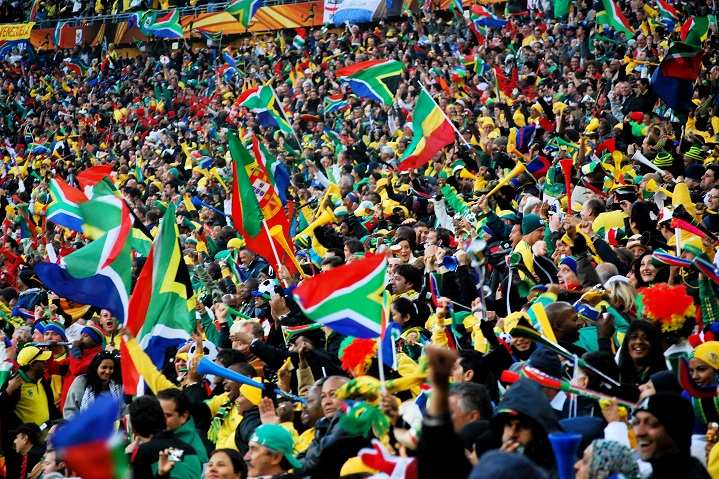 Within the Organising Committee (OC) employed over 500 people who developed deep skills within the field of football administration.

In terms of temporary jobs, the Anglo Platinum and Mining development (in Lebowa /Kgomo) created at least 250 jobs for both skilled and semi-skilled workers over a period of two years. The project from the National Disaster Management Committee (NMDC) created 500 temporary jobs. 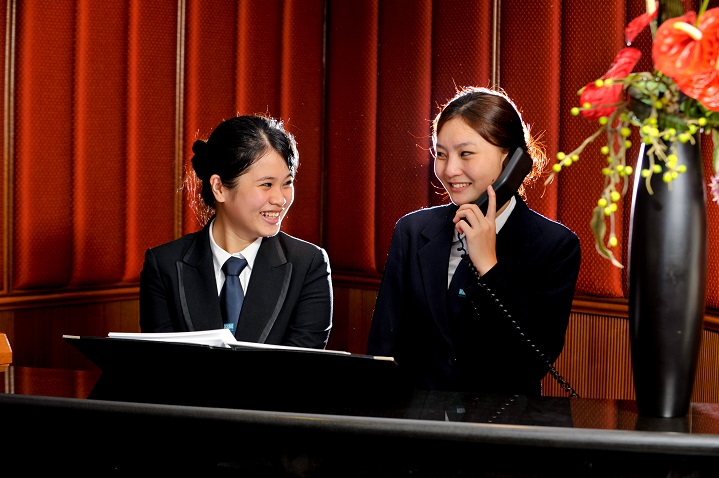 You can read the full report from the Department of Sport and Recreation: 2010 FIFA World Cup Country Report.

The Effect of the Rugby World Cup 2015 on South Africa

Even though South Africa is not the host nation of the Rugby World Cup 2015, IG’s Travis Robson (Head of Premium Client Management), Leigh Riley (Market Analyst) and Shaun Murison (Premium Client Manger), took some time to take a closer look at what the economic impacts of the RWC 2015 on South Africa might be. 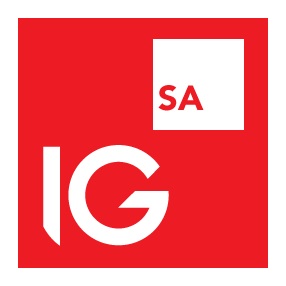 According to Travis Robson, the host nation is the nation that will most benefit from major sporting events.

Does this then mean that South Africa will not reap any rewards? Not necessarily, as these three men all keep an eye on South African markets and companies. 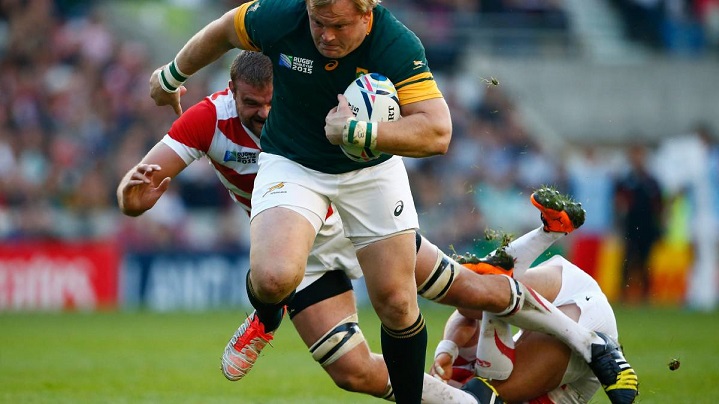 In terms of sponsors, Travis Robson will also be keeping close tabs on the principal shirt sponsors of the Springboks – Tsogo Sun, Barclays Africa / ABSA, Spur Corp and Vodacom.

Adding on to those companies, Shaun Murison suggests that Imperial Holding and Asics are two other companies he will be keeping an eye on. Adding that the RWC 2015 has more of a ‘brand awareness’ effect for most companies, which can translate into revenue further down the line, they can enjoy an increased exposure should the Boks bring home the coveted Web Ellis Cup. 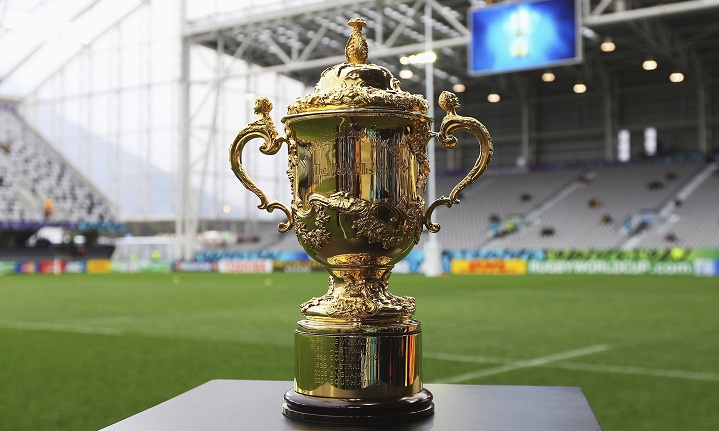 Leigh Riley states that he will be keeping an eye on all of the Rugby World Cup sponsors – from Toshiba and Heineken to Coca Cola and DHL.

Furthermore, the share price of SABMiller increased by 7.5% during the 2007 Rugby World Cup.

Should we take home the trophy this year, Travis Robson believes that we could see movements, with the FTSE/JSE Top 40 seeing some of the benefits. Mr Price Sport is one to keep an eye on, while Naspers DStv might also reap some benefits with an increased viewership and Discovery, with their television advertisements, should also be an interesting one to watch.

According to Leigh Riley, SABMiller and retailers like Shoprite, Woolworths and Pick n Pay are the ones to watch. Also keep an eye on Pharmaceutical stocks. Riley goes on to say that these companies will reap the benefits of a stronger Pound when they earn offshore revenue.

Read everything these gentlemen have to say about the Rugby World Cup 2015 and South Africa by visiting their Sporting Moments and the Markets page.

According to reports and studies, major sporting events do contribute to job creation and skill development. From tourism jobs and construction jobs, South Africa felt the effect of the 2010 FIFA World Cup. Though some jobs might have only been temporary, investment in people and skills development was invaluable.

According to Travis Robson there was a big drive in both property as well as building stocks with the FIFA World Cup in 2010. Various industries showed movements in drive – from leisure stocks to stocks in the alcohol and hotel industries. 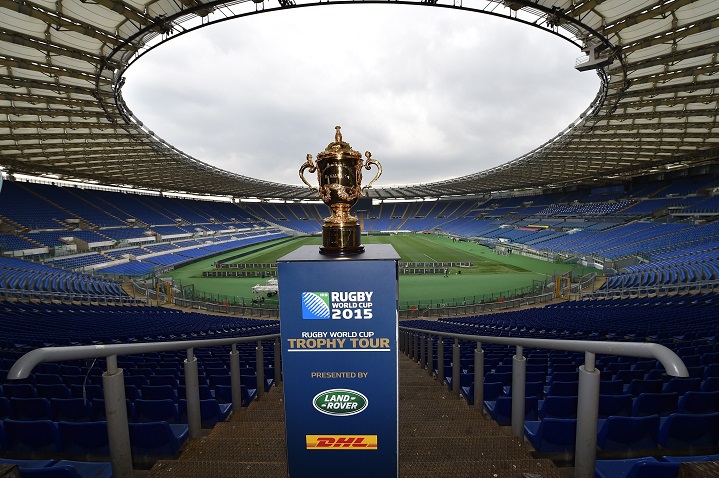 Our markets saw movement when the Springboks brought home the trophy back in 2007, and, according the reports from Ernst & Young, the Rugby World Cup 2015 has created jobs in various industries for its host nation.

Ready to find wonderful business opportunities and jobs in South Africa? Register your CV on Job Mail today and start applying for various vacancies – from construction and sport jobs, to tourism jobs, you are sure to find the perfect vacancy on Job Mail.